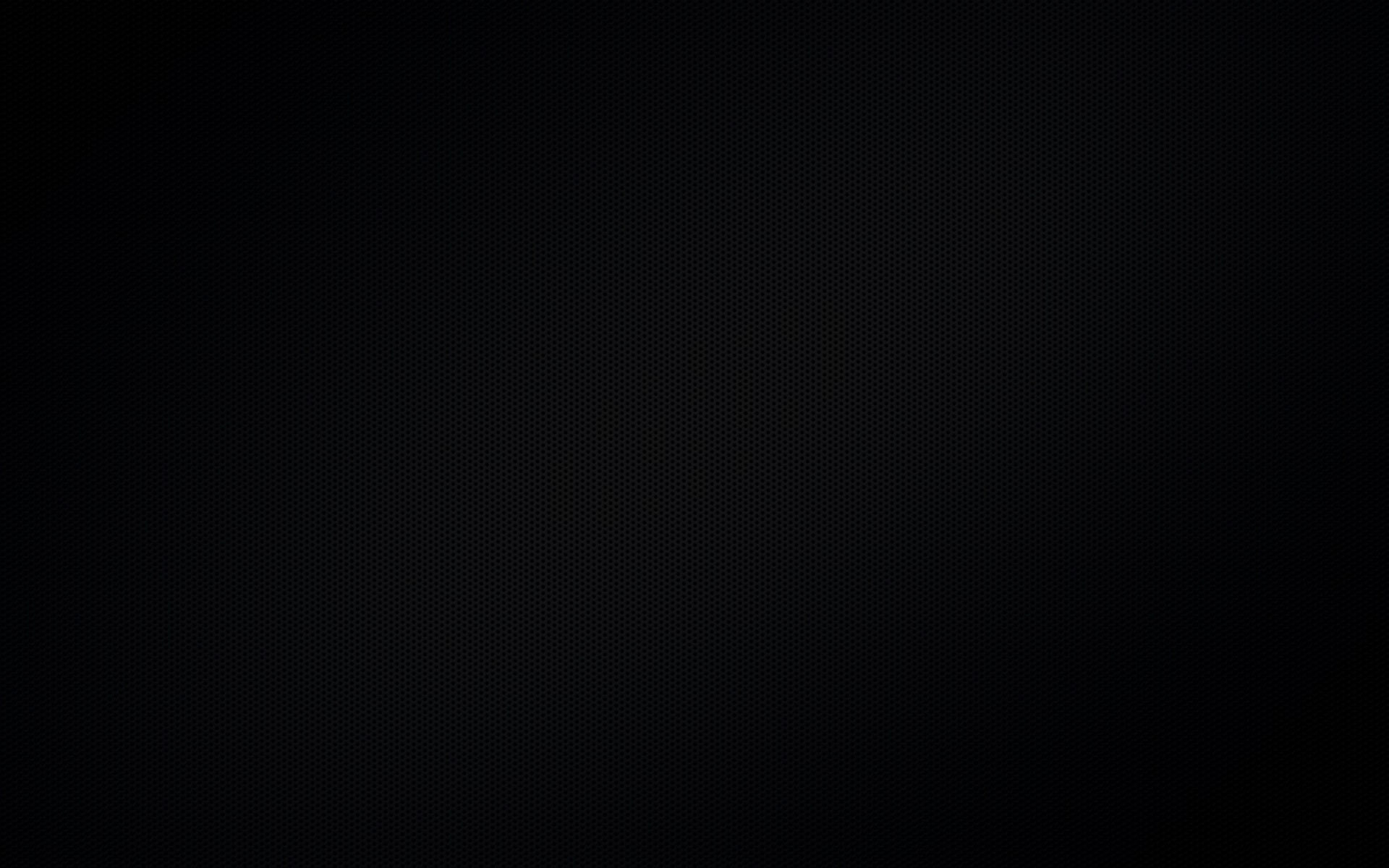 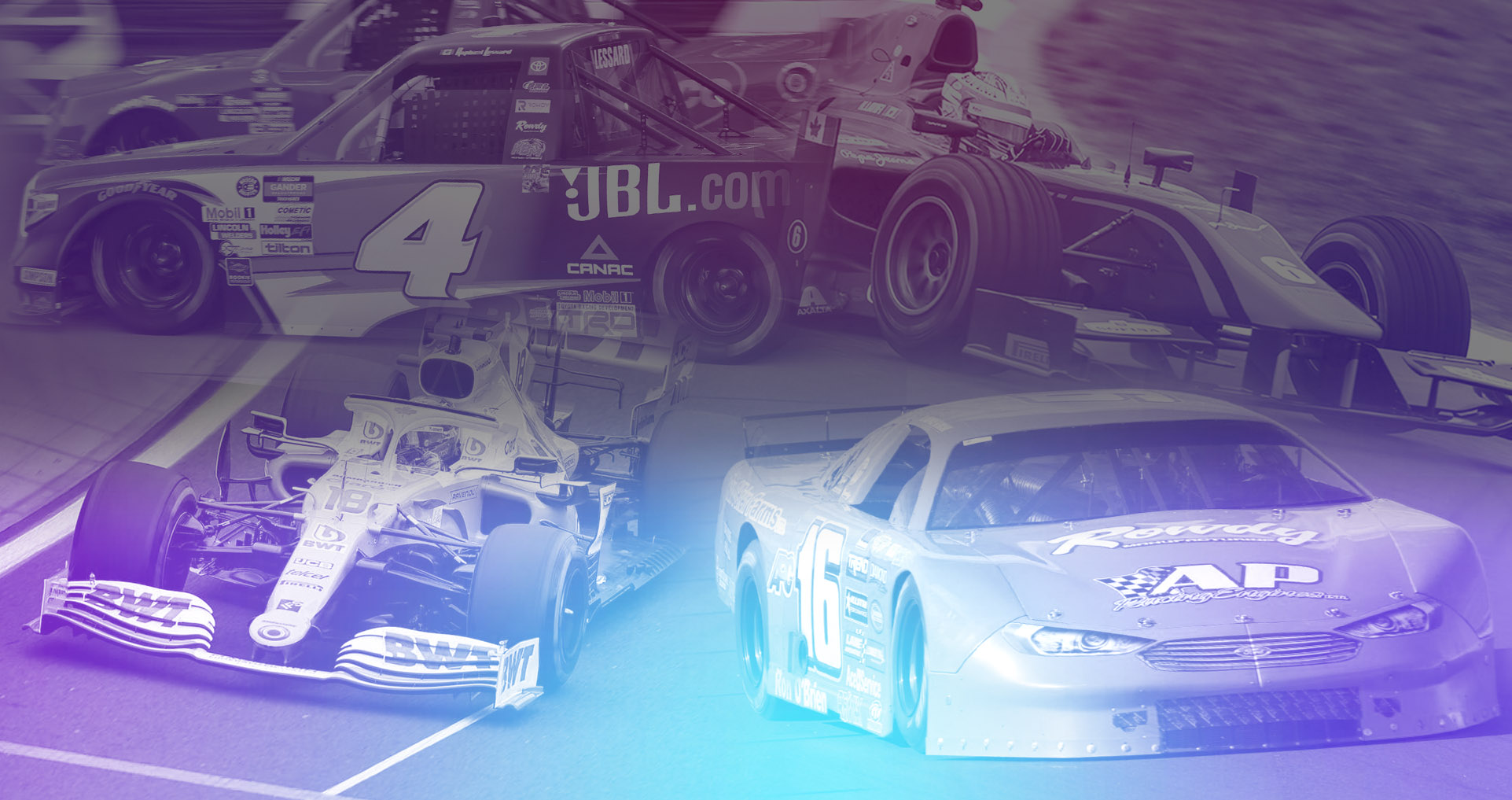 29 Jul CMHF Rising Star Update – Where are they now?

CMHF Rising Star Update – Where are they now?

With many racing series outside of Canada back underway, the four Canadian Motorsport Hall of Fame (CMHF) Rising Star award winners find themselves back behind the wheel. Here’s an update on what they’ve been up to.

Montreal native Lance Stroll was racing in the FIA Formula 3 European Championship in 2016 when he was named the CMHF’s inaugural Rising Star award winner.

Stroll went on to win the Formula 3 championship that season on the strength of 14 wins in 30 events for the series, which is one of the top levels on the road to Formula 1 (F1).

The Canadian joined Williams Martini Racing full-time in F1 the following year, picking up his only career podium to date, with a third-place finish in Azerbaijan.

Stroll is currently in his fourth F1 season and his second with SportPesa Racing Point, a team that debuted in 2018 and was formed by a group of investors who purchased assets from the former Force India team.

Stroll has an average finish of 9.7 through the first three races of this season. He finished 18th at Austria’s Red Bull Ring before picking up a pair of top-10 finishes, coming home seventh in the next race at Red Bull Ring and fourth at Hungary’s Hungaroring.

The fourth-place result matches his second-best series finish, marking his third career top-five result in 65 starts. He is currently tied for seventh in the driver points standings, with 18 points. 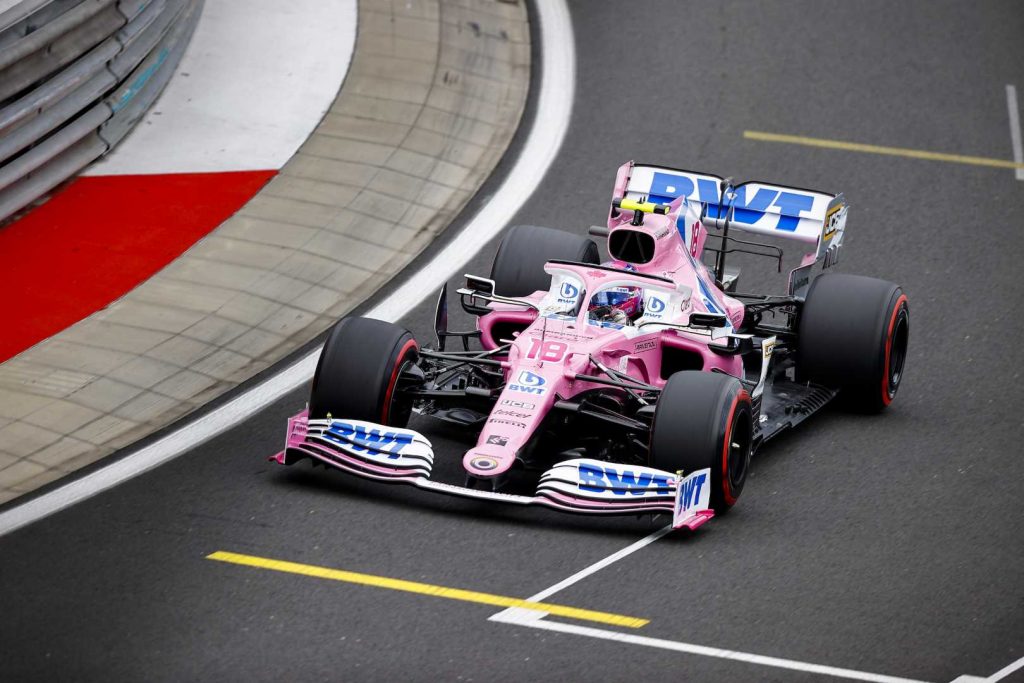 Cayden Lapcevich was turning heads in Canada’s top stock car series when he was named the Rising Star award winner in 2017.

Lapcevich recorded three top-10 finishes, including one podium, in his first six NASCAR Pinty’s Series (NPS) starts in 2015. The following year, the Grimsby, Ontario resident took to the track driving for his family’s Fastline Motorsports team, unsure of how many races he would take part in.

With limited funding, following the departure of a long-time team sponsor, Lapcevich continued to rack up the top finishes he needed to keep the team going and compete in every event through the rest of the season. He started the year with a fourth-place and two runner-up finishes before grabbing his first victory in race number seven at Wyant Group Raceway in Saskatchewan.

Lapcevich won the 2016 championship, with three wins and nine top-fives in 12 starts, briefly becoming the youngest driver to win a NASCAR touring series title at the age of 16 years, 10 months and 15 days.

He returned to the NPS tour in 2017, winning three races and finishing third in the championship points standings. With a lack of sponsorship, he switched focus to his education and has participated in a variety of short track events during the past few years.

Lapcevich took part in a virtual iRacing NPS race in May, finishing second at the virtual Canadian Tire Motorsport Park. He’s now racing in the real world, running Late Models south of the border, where he finished seventh on July 4 at Springport Mid-Michigan Speedway, second in the Gambler on July 11 at South Bend (IN) Motor Speedway and 15th following a crash in the Jim Blount Memorial on July 25 at South Bend. 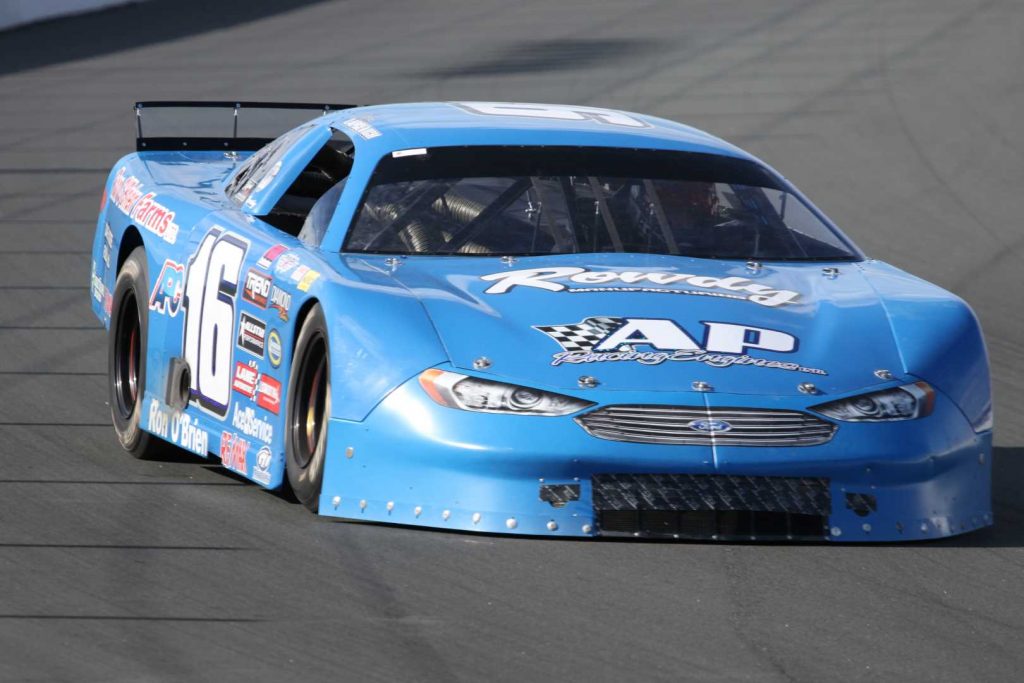 Similar to Stroll, 2018 Rising Star award winner Nicholas Latifi is a Montreal native who was on the road to F1 when he collected the CMHF honour.

Latifi was an F1 test driver and full-time Formula 2 (F2) racer in 2018, where he finished ninth in the driver points standings with one sprint race win (the series has sprint race and feature race winners).

Latifi returned to F2 last year, where he finished second in points, with three feature wins and one sprint win.

With the 2020 F1 season delayed by the coronavirus pandemic, Latifi had to wait a little bit longer to make his debut at the top level, where he’s currently competing in his rookie F1 season with ROKiT Williams Racing.

It’s been a long time since Canada last had multiple racers in the same F1 event. When Latifi and Stroll started the season opener, they became the first Canadians to do so since Bill Brack, Al Pease and John Cordts all participated in the 1969 Canadian Grand Prix.

Latifi has yet to collect points through the first three races (only the top-10 finishers are awarded points in any given race), finishing 11th and 17th in the two races at Red Bull Ring and 19th at Hungaroring. He’s completed all but seven laps so far this season, with an average finish of 15.7. 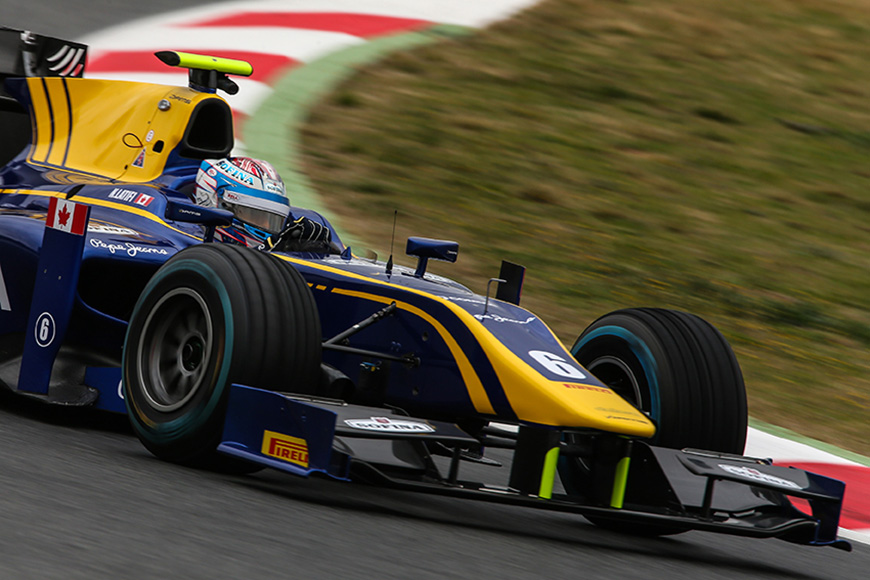 The latest Rising Star recipient is Saint-Joseph-de-Beauce, QC native Raphaël Lessard, who accepted the honour virtually, from Daytona International Speedway, where he was racing on the weekend of this year’s induction ceremony, held in February at the Canadian International AutoShow.

Lessard made a name for himself in various short track events and series in the United States in recent years, including the Winchester 400, the Snowball Derby and the CARS Super Late Model Tour, where he won the championship in his lone full-time season in 2016.

The driver returned home to Quebec for a pair of NPS races last year, making his series debut at Autodrome Chaudière, a venue he’s familiar with as his former home track. Lessard took the victory in that series debut, driving a Dodge for Dumoulin Competition. He joined the team again later in the summer, finishing seventh on the Trois-Rivières street circuit.

Lessard is currently running full-time in the Truck Series for KBM. He is 15th in the championship points standings through 10 races, with an average finish of 18.3. He’s yet to crack the top-10, but has finished inside the top-13 in four of the last six races. He has two DNFs, both crash related, and has completed all but two laps in his other eight starts, with an average finish of 14.5. 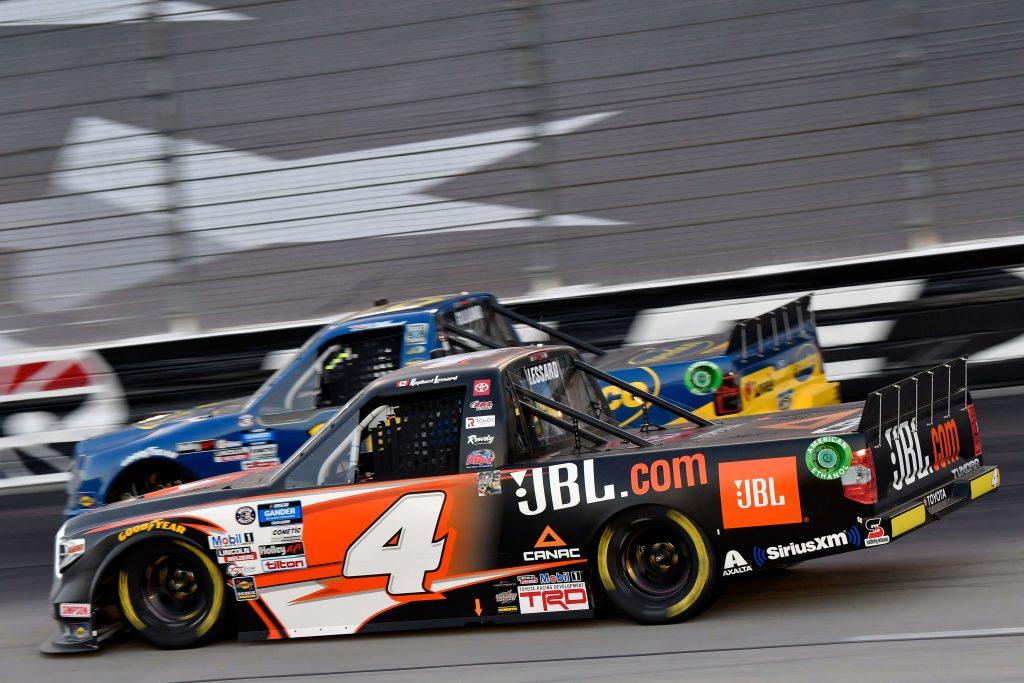