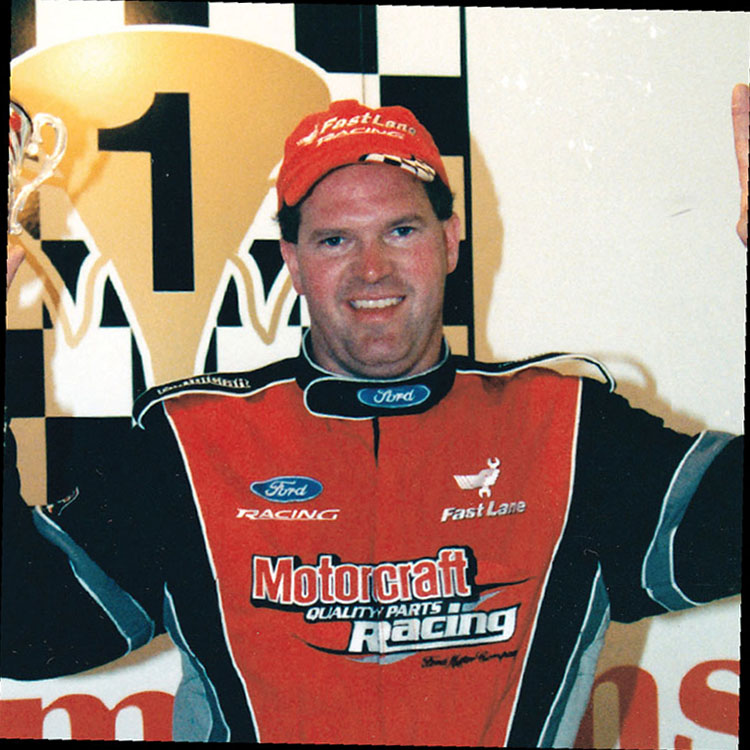 After beginning his career on the London-area paved oval of Delaware Speedway, this inductee went on to have a very successful run in stock car racing at Canada’s highest levels for the next 24 years before his retirement from racing in 2009.  A strong competitor who earned the respect of those who raced against him, this inductee from Southwestern Ontario was prominent in the CASCAR Super Series, winning the championship in 1991, 1997, and 1998, and the first in the series to win the title three times.  During his 14 years in CASCAR he won 19 major races along with 59 top fives, and 102 top ten finishes.

Along with his achievements in Canada’s national stock car series, this racer traveled south to compete in the Northeast US-based ACT racing including winning the True Value Oxford 250 in 1995, and he was a two-time (1994-95) winner of the prestigious Milk Bowl race in Barre, Vermont.  When not racing, this short track specialist worked with RCMP and its Racing Against Drugs program as well as several cancer awareness programs that continue to this day.  He was also successful in the business side of the sport, working with other racers in CASCAR and NASCAR Canada in providing premier teams, and his 11-year relationship with Ford of Canada resulted in the only CASCAR national titles for the automaker.