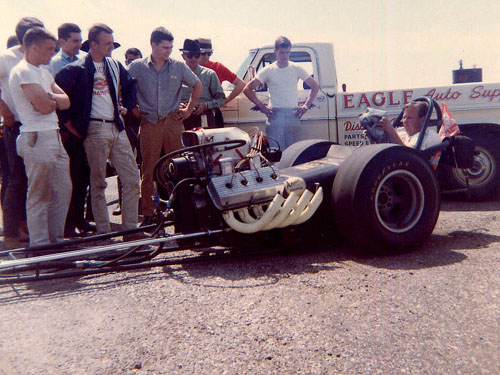 Gordie Bonin, Ron Hodgson, Gordon Jenner; these three people could well make up what is arguably the most successful drag racing team in Canadian motorsport history.

Gordon Jenner was, for years, associated with a number of drag racing teams, acting as crew chief. He joined the Bonin-Hodgson team for the first time in 1972 and was crew chief when many of the team’s victories were recorded. Gordon worked as crew chief on a team with driver Terry Capp in 1988 that won the NHRA’s World Championship. In 1989, he rejoined Bonin-Hodgson in time for the World Championship, which they won. True drag racers, they were quick to lend a helping hand to fellow competitors when the need arose and over the years they worked with Gary Beck and Ed McCullough, among others.