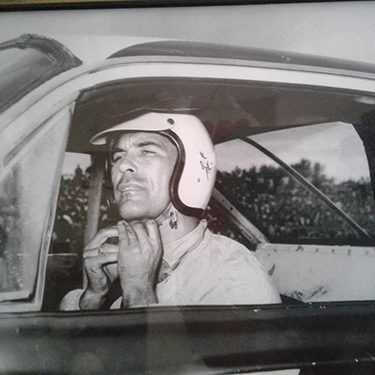 Originally from Long Branch, Ontario, Jim Bray started racing at Toronto’s Pinecrest Speedway in the early 1950s.  He was the second Canadian to take part in NASCAR’s Daytona 500 and competed in a total of 15 cup level NASCAR events throughout his career.  Additionally, he was active in Canadian oval and road racing for several decades.

Eventually transitioning to the role of car owner in the CASCAR Super Series and the NASCAR Pinty’s Series, Bray continues to be a force in the sport as the owner of a two-car team on Canada’s NASCAR circuit, at the age of 87.